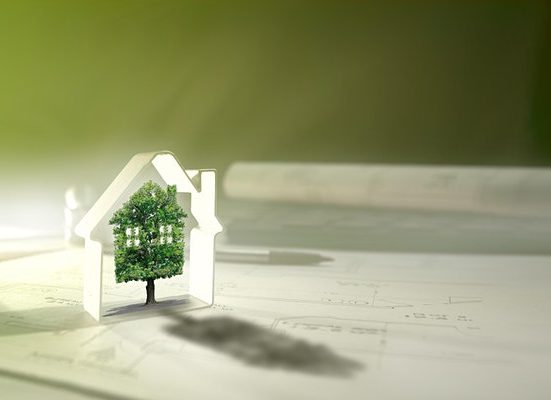 Tackling the impact of Edinburgh’s built environment on climate change will be essential to the city’s plans to be zero net carbon by 2030.

With around 50% of emissions in Scotland’s Capital coming from its buildings and structures, finding better ways to carry out construction and improving the performance of new and existing buildings is key to securing a greener and more sustainable future.

At an online event convened by Edinburgh Chamber of Commerce in partnership with City of Edinburgh Council, businesses and organisations heard from experts in the built environment about progress being made at home and abroad.

The Edinburgh Supporting Cop26 – Towards Net Zero website at www.netzeroedinburgh.org has been launched by the Chamber and Council to highlight and promote the Capital’s ambitious target to be net zero carbon by 2030 and is focused around four key themes – Green Finance; Green Tourism; Green Construction and the Built Environment; and Green Food and Drink.

And leading architect Rab Bennetts, a Scot who now has offices in London, Edinburgh and Manchester, is involved in several pioneering schemes designed to improve the carbon footprint of buildings.

In Edinburgh, Bennetts Associates has worked on the Bayes Centre the Infomatics Forum for the University of Edinburgh, and also at the Edinburgh Futures Institute in the former Royal Infirmary building at Lauriston. “All of these buildings, in one way or another, have been pushing the boundaries of sustainable design” he said. His firm was the first to measure all of its activities in terms of carbon impact, he said, and had been doing so for 30 years.

Mr Bennetts pointed out that operational carbons – emissions from the use of a building – where only a part of the picture, and in well-designed efficient new buildings emissions should be minimal. Embodied carbons – generated by the actual contruction process – were a more important factor to be taken into account with a high level of carbons created right at the start.

“This puts the focus on refurbishment. You don’t build new unless you have to. Refurbish an existing one and make better use of the existing stock.”

And his key point to the audience, based on the carbon footprint of the process of constructing new buildings, was: Do we really need to create as many? Looking at how we can reuse existing buildings and improve their performance should be an option more often considered.

Vital to this was engaging with the public, and several cities have created architecture centres to demonstrate best practice and engage with people. He said that in Edinburgh a pop-up centre SpACE would be opening November 1 – December 4 at the former fire station at Lauriston to create public engagement on what everyone can do in our built environment to help tackle climate change.

The audience also heard from one of the cities which has been engaging widely with its population on carbon reduction – Copenhagen.

Oysten Leonardsson, a project manager in the Danish Capital’s drive to be net zero carbon by 2025, said the city had been working on carbon reduction for many years, and had achieved a 60% reduction in CO2 emissions between 2005 and 2019. Reductions had been achieved in most areas, with transport the notable exception with a 2% increase (but this had to be considered in the context of an increase in population of around 100,000 people).

He said the approach had been to focus on four pillars – energy consumption; energy production; mobility; and city administration. This final category included municipal buildings and activity, but also education and community outreach.

This involved creating pilot neighbourhood projects as proving grounds for holistic action, and also to act as living laboratories to create best practice and solutions that could be scaled up across the city. These task forces were successful in engaging with the population and encouraging action across neighbourhoods.

Throughout its activity, Copenhagen had realised that partnerships were essential to deliver meaningful progress, he said.