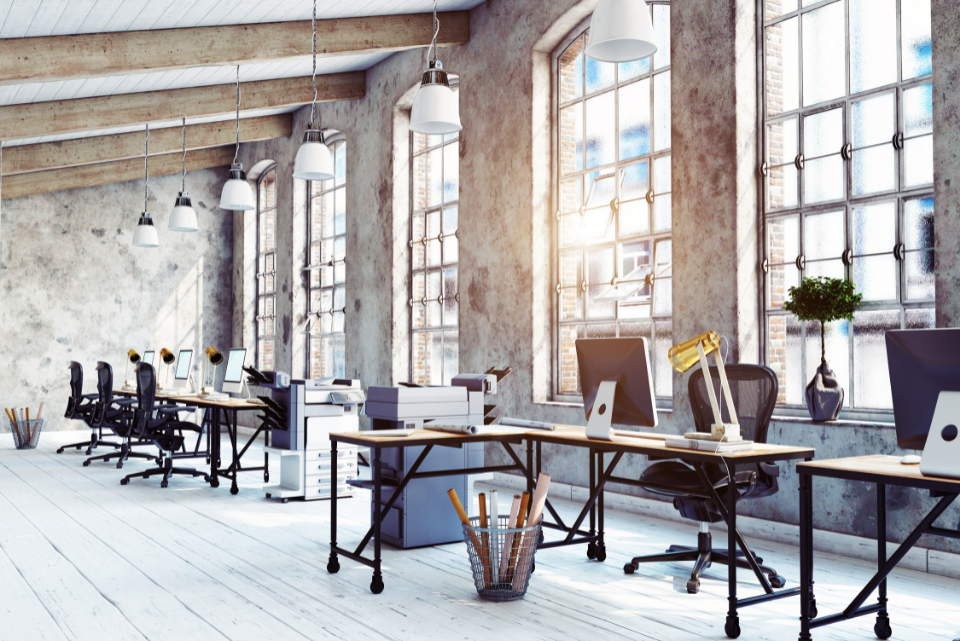 Smart offices: the quest for sustainability

Companies from all sectors face increasing pressure to increase their sustainability – to reduce costs as well as their environmental impact. What do architects and designers have in mind for the smart offices of the future?

– If smart building control is considered at the preliminary design stage, solutions can be built into the environment
– A company’s energy use may be hard to rein in but solar panels, motion-detector lighting and water-flow regulators can reduce its footprint
– There is a need for offices that evolve and grow with time, creating structures that can be reused and adapted to suit future needs

Sustainability has become a buzzword in this age of heightened corporate and social responsibility, particularly in the state-of-the-art developments unveiled by prominent blue-chip companies.

Perhaps the most celebrated recent project is the European headquarters of financial media company Bloomberg. Designed by Foster + Partners and built by Sir Robert McAlpine, the London-based development opened in 2017 and has since won widespread recognition for its energy efficiency and low environmental impact.

Last year, the Building Research Establishment Environmental Assessment Method (BREEAM) gave Bloomberg London an unprecedented score of 98.5%. The innovations employed in the building include rainwater being collected and recycled for use in toilets, and carbon dioxide sensors that allow airflow to be supplied according to the number of people in any particular zone at a given time.

Not many businesses will be able to afford the estimated £1bn that Bloomberg spent on its new headquarters but there are still a number of steps that companies – as well as the architects and designers they commission – can take to improve sustainability.

Measure and monitor performance
Vic Johnson, founder of Johnson Design Partnership, says that one of the most significant challenges when it comes to meeting sustainability objectives is weighing up the need to meet ecological targets against demands for energy-hungry systems such as air conditioning.

“A built environment can encourage people to travel less, use less energy, and switch down their equipment, lighting and heating, for example,” Johnson explains. “However, if it relies on energy-intensive systems for heating and cooling, it is likely this will outweigh all the positive efforts made by the occupants.

“We’ll make sure that energy efficiency is baked-in, so smart building controls manage energy needs and clever design encourages tenants to take the stairs over the lift, for example”
David Walker, associate director, Gpad London
“There are a number of systems that can be used to measure performance in buildings, everything from BREEAM to carbon neutrality and offsetting.”

He adds: “If organisations can operate in heavily landscaped, smaller-scale developments incorporating more passive ventilation, it may be beneficial for everyone. However, clearly this needs to be balanced with organisational operations.”

Roy Thompson, at Advanced Commercial Interiors, says: “Office architects aren’t always able to reduce the energy use of another company’s office. However, installing a set of solar panels to lighten the load on the grid is an ideal way to improve a company’s carbon footprint. While these can be expensive to begin with, at the rate that the average office uses energy, they might be paying for themselves sooner than you think.

“You can target a sustainable office on a more granular level too. For example, when choosing fixtures for toilets, you can decide upon taps that reduce the amount of water used. What’s more, using a PIR [passive infrared] or motion-sensor system for the lighting in toilets is an ideal opportunity to save energy.”

“We’ll make sure that energy efficiency is baked-in, so smart building controls manage energy needs and clever design encourages tenants to take the stairs over the lift, for example,” he explains. “Also, we’ll make it easy to cycle to work with stunning showers, spacious lockers and secure bike storage.

“The early-stage design decisions are important: although not always practical, a narrow-plan building allows for the possibility of natural cross ventilation – coupled with the appropriate construction for night-time purging [ventilation]. These buildings also make better use of natural daylight by limiting deep-plan dark areas, so electric lights are used less.”

He adds: “Well-designed internal office layouts can provide a higher occupancy, while designs that allow flexible working limit the number of empty workstations. The more people that fit in a building, the more efficient it is per user – although, of course, this has to be balanced with the quality of the working environment.”

Design for long-term adaptability
It is also important to look at such a project with one eye on the future, Walker says: “Long-term adaptability is key so the building’s structure can be reused rather than being demolished. For instance, designing structural loadings that allow extra floors to be added when the building needs to be re-clad, as well as having generous floor-to-ceiling heights so there’s flexibility for different uses.”

Lower energy bills are not the only business benefit of occupying a sustainably built office, says Kevin McIntosh from Chameleon Business Interiors. “Certainly, clients we have worked with have seen the difference sustainable workplaces can make to the bottom line by reducing the energy costs associated with lighting, heating and cooling systems,” he explains. “But there can also be a positive impact on the business as a whole, helping to attract customers, clients and employees.”

Johnson adds: “This kind of development is also likely to give occupants more control, therefore making them happier, more positive and less likely to be subject to sick-office syndrome.”