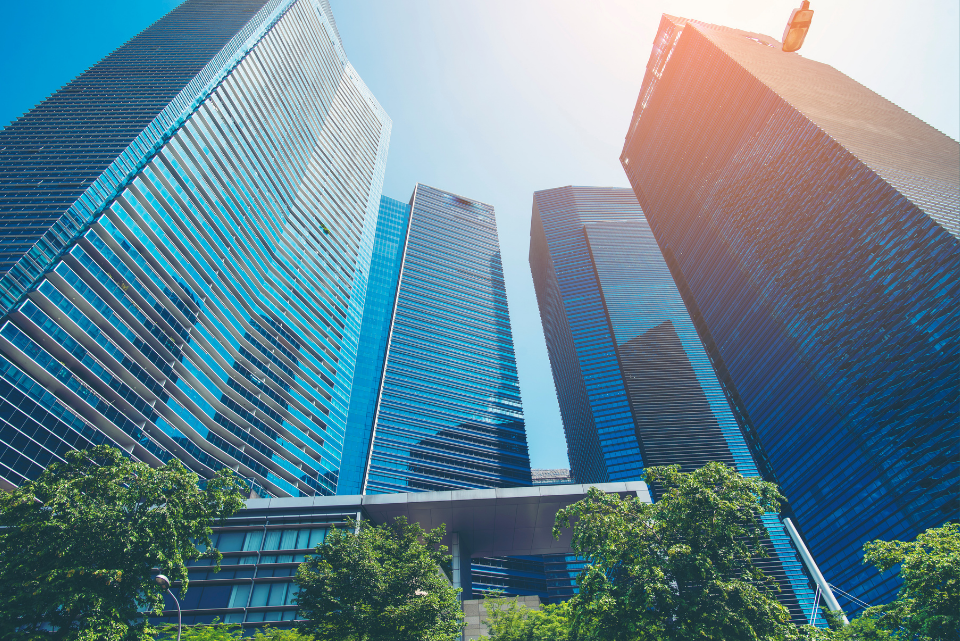 Retrofitting was an important theme at COP26, with many speakers highlighting the benefits of a ‘preserve and improve’ strategy, rather than demolition to enable development.

As about 10% of the UK’s carbon emissions are directly associated with construction, this approach could have a significant impact.

But those emissions are small by comparison with those coming from existing domestic properties. The UK’s housing stock needs to be made much more energy efficient.

The Department for Business, Energy and Industrial Strategy (BEIS) estimates that the residential sector accounted for 20.8% of UK carbon emissions in 2020, mainly through the use of natural gas for heating and cooking.

The government is taking significant steps to ensure that new homes are energy efficient. Consultations are underway on a market mechanism for low-carbon heat and on phasing out the installation of fossil fuel heating systems in buildings off the gas grid. These close on 12 January 2022, so we may see further legislative developments soon. Regulations are expected to ensure that new homes and buildings incorporate energy efficiency and low-carbon heating systems. The government’s aim is to cut the CO2 emissions of all new homes by at least 75% from 2025 under its Future Homes Standard.

But retrofitting – to reduce or eliminate emissions from existing housing stock – is a challenge on a different scale. The UK has some 29m residential properties, and most of them will have to be retrofitted on the way to national net zero.

To help address the problems posed by retrofitting, BEIS published a package of documents in October 2021 including its long anticipated Heat and Buildings Strategy and Net Zero Strategy.

The Heat and Buildings Strategy sets out plans for £3.9bn of funding to help decarbonise and retrofit existing properties, with £1.4bn of it allocated to decarbonising public sector buildings. For households and small businesses, grants of up to £5,000 will be made available to retrofit low-carbon alternatives to fossil fuel heating systems such as heat pumps.

However, the UK Green Building Council’s Whole Life Carbon Roadmap suggests that these strategies will fall short of what is required to reach the 2050 net zero target. For example, the £450m allocated funding from the Boiler Upgrade Scheme only has the capacity to support 90,000 homes.

The government itself estimated in 2019 that its aspiration of upgrading as many homes as possible to EPC Band C by 2035 could require an investment of between £35bn and £65bn (a figure which does not include e.g. the installation of heat pumps).

Far more would be required to meet the net zero target. The Climate Change Committee’s Sixth Carbon Budget believes that around £250bn will be needed to upgrade homes. The Construction Leadership Council has estimated the cost of a 20-year net zero retrofit programme at a massive £523.7bn, including government support of £167.6bn.

There are additional complexities in the UK’s devolved administrations, In Scotland, for example, some relevant powers such as the regulation of building level greenhouse gas emissions are devolved to the Scottish government (which has legally committed to achieving net zero in 2045, five years ahead of the rest of the UK), while others remain reserved to the UK government. The Scottish government has called for a collaborative approach that would enable Scotland to move faster than the rest of the UK in some respects.

Launched in October 2021, the Scottish government’s Heat in Buildings Strategy sets out plans for ensuring that by 2030 at least 1 million homes are converted from mains gas heating to zero emissions heating (along with the vast majority of the 170,000 homes that use high emissions oil, LPG or solid fuel, and many non-domestic buildings). Its aim is for all Scotland’s 2.5 million homes and its 220,000 non-domestic buildings to significantly reduce their energy use by 2045, with almost all using a zero emissions heating system.

The Scottish government estimates that some £33bn will be needed to transform its building stock in this way (with additional investment required to upgrade energy networks and energy generation capacity). It is establishing a Green Heat Finance Task Force to “identify innovative solutions to maximise private sector investment” and to find new ways to help individuals and organisations spread the cost of improving their properties over time.

Not only energy efficiency

As climate change continues, it seems likely that retrofitting will increasingly include passive cooling technology (possibly delivered by the same heat pump systems that could heat a dwelling at other times). The UK will experience more periods of extreme heat, and the housing stock will need to reflect this. However, the use of air conditioning is potentially problematic, as it would increase energy consumption.

There will also be growing pressure to protect homes against flooding, using retrofitting measures to make buildings more flood resistant (or at least flood recoverable).

The Westminster government has said that the UK’s largest companies will soon have to make mandatory climate disclosures on their net zero transition plans, in line with Taskforce on Climate-related Financial Disclosures (TCFD) recommendations. With legislation expected to come into force by April 2022, retrofitting will undoubtedly play a central role in many of these plans, as companies move to decarbonise existing assets.

Although the proposed legislation is aimed only at listed companies and financial institutions in the first instance, retrofitting is something that both property investors and occupiers will need to tackle in the coming years as requirements are tightened. The government’s Net Zero Strategy, for example, commits to setting a minimum energy efficiency standard of EPC Band B by 2030 for privately rented commercial buildings in England and Wales.

The Climate Change Committee estimates that £110bn will have to be spent on retrofitting public and commercial buildings by 2050. It is already clear that, in some cases, the owners of older buildings are opting to sell them rather than upgrade their energy performance to the levels that will ultimately be required.