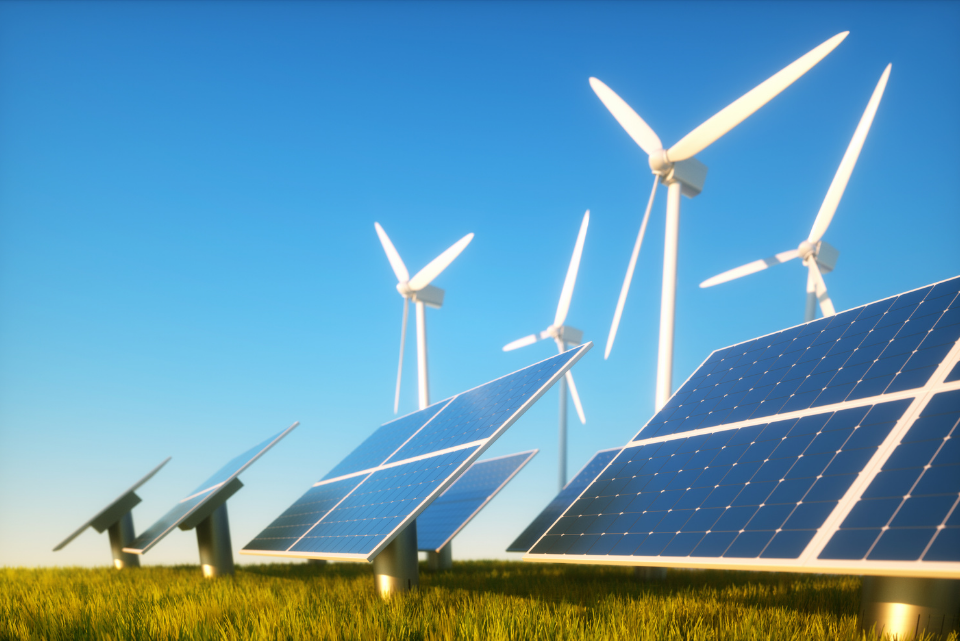 The International Energy Agency (IEA) has shared how best the world can reach net zero carbon emissions in the next 30 years. Its report sets out a “cost-effective and economically productive pathway”, setting out more than 400 milestones spanning all sectors that outline the action needed to be taken. These include:

the “massive deployment” of all available clean energy technologies, with an emphasis on renewables, electric vehicles and energy-efficient building retrofits
investment in solar power transmission and distribution infrastructure will need to quadruple to about $4trn
all unabated coal and oil power plants should be phased out by 2040
a total annual energy investment of $5trn by 2030, based on joint analysis with the International Monetary Fund.
UN body calls for more private finance in nature-based solutions

The United Nations Environment Programme (UNEP) is calling for investment in nature-based solutions to triple by 2030 and four-fold by 2050.

According to the UNEP, around $133bn a year flows into these solutions, with private finance accounting for 14%. Of the public funds, over a third is diverted to protection of biodiversity and landscapes. Nearly two thirds is spent on forest restoration, peatland restoration, regenerative agriculture, water conservation and natural pollution control systems.

Ahead of the G7 summit that took place last week, environment ministers from the gathered nations agreed to deliver climate targets in line with limiting the rise in global temperatures to 1.5°C. This is in contrast to the previously accepted 2°C maximum.

They also agreed that countries would stop directly funding coal-fired power stations in poorer nations by the end of the year, as well as committing to safeguarding 30% of land and ocean for nature by 2030.

More money is needed for the clean energy transition, despite investment hitting $300bn, according to EY.

In its 2021 EY Renewable Energy Country Attractiveness Index, the firm states global renewable energy capacity investments rose 2% to $303.5bn last year, but if the world is to meet net zero targets, a further $5.2trn of investment is needed over the coming years.

A measure of cities around the world has found that 43% lack the financial support needed to save themselves from the effects of climate change.

Looking at 800 cities, the Carbon Disclosure Project found 90% face risks of flooding, overheating, water shortages, and damage to their infrastructure from extreme weather.

Just over 40% of them, according to the study, did not have a plan to adapt to the climate crisis. A quarter of all the cities surveyed cited budgetary constraints as a barrier to better protection.

Transport & Environment, a clean transport campaign group, has published a report into the take-up of EVs, called Hitting The EV Inflection Point.

The study reveals that battery electric vehicles (BEVs) are expected to reach upfront cost price parity with their internal combustion engine (ICE) counterparts within the next product cycle.

Improvements in battery technology and better manufacturing methods will reduce costs further between now and 2030.

British small businesses are being urged to pledge to net zero emissions by 2050, if not before.

Prime minister Boris Johnson and business and energy secretary Kwasi Kwarteng have launched the Together for our Planet Business Climate Leaders campaign, asking SMEs to take “small, practical steps” to reduce their emissions.

The initiative encourages small and micro businesses to cut their emissions in half by 2030 and reach net zero by 2050 through the UK Business Climate Hub, where they can find tools, resources and advice to understand and tackle their emissions.

The UK government has been urged to end new licences for oil and gas in UK waters.

More than 50 campaign groups have signed an open letter emphasising the need to listen to the recent advice of the International Energy Agency, which states that further investments in new fossil fuel supplies must end in 2021 in order to limit global warming to 1.5C.

Greenpeace UK, Friends Of The Earth Scotland, Christian Aid, Oxfam and the UK Student Climate Network are among those demanding an immediate end to all new licences to explore and extract oil and gas from the North Sea. They are also asking for:

the scrapping of all direct and indirect subsidies for oil and gas extraction
the introduction of a new net zero mandate for industry regulator the Oil and Gas Authority.
TUC: Lessons for the UK from the G7

While the UK Budget has shown commitment to a green recovery, there are lessons from the rest of the G7. A new report by the TUC suggests the UK has some catching up to do with its G7 counterparts when it comes to green jobs and investment plans.

The union body is urging the government to allocate £85bn for emergency green infrastructure, claiming its green industrial revolution plan has only a fraction of the finance pledge by Canada, the US, France, Italy and Germany. This level of commitment would move the UK into third position among the G7, and create a million quality green jobs.

Announcements made in the March Budget included reforming the Bank of England (BOE) mandate to include sustainability and bolster the UK green bond market, and increasing investment and upskilling to drive net-zero innovation and help create “green collar jobs”.

The councils have signed up to the UK100’s Net Zero Pledge and intend to neutralise council emissions by 2030, and those of their residents and businesses by 2045.