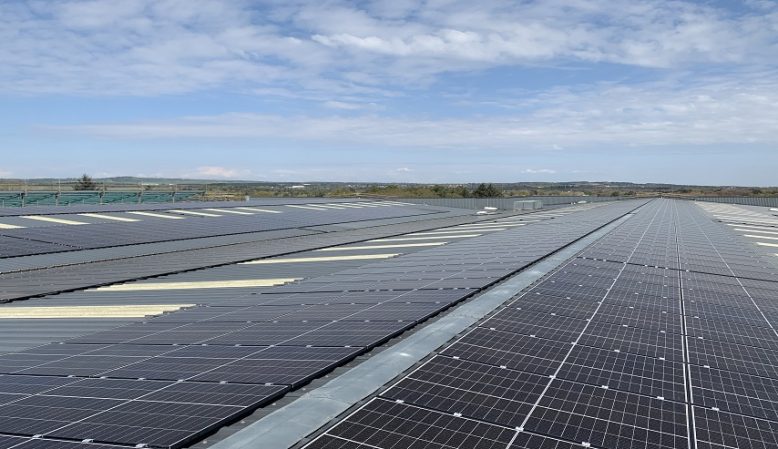 The Glenmorangie Company has installed a new solar array at its bottling plant in Livingston, as part of a significant eight-figure investment in its operations, which will reduce its current on-site energy consumption by 30 per cent.

The 1,476 panels cover the majority of the building’s roof, allowing Glenmorangie to generate its own renewable energy, delivering significant savings and at the same time reducing its carbon footprint.

It forms part of the company’s overarching sustainable strategy to achieve net zero carbon by 2040. The installation has been carried out by West Lothian based DB Group, in partnership with Emtec Energy. The DB Group will offer energy management support as The Glenmorangie Company continues to reduce energy consumption and works towards its green targets.

The Company’s purpose-built Livingston site was opened in 2011. As global demand grows for both its Glenmorangie and Ardbeg Single Malt Whiskies the Company is doubling capacity at its bottling plant through an expansion due to complete in 2023. The solar array forms part of that development.

Michael Scotland, Facilities and Projects Director at Glenmorangie, said: “We’re putting sustainability at the heart of the expansion of our Alba bottling plant. Our capacity will be increasing with new high-speed lines being installed over the coming year. At the same time, we have installed solar panels to reduce our current reliance on the national grid. This also gives us a clear pathway to maximise green energy across our site as we work towards our sustainability targets.”

Peter Nelson, Operations Director at Glenmorangie, added: “The Glenmorangie Company has ambitious plans for growth while we are fully committed to building a sustainable future for our business and communities across Scotland. We have key projects already in motion or completed at our sites including the solar array at Livingston, the installation of an anaerobic digestion plant in Tain as part of our Dornoch Environmental Enhancement Project (DEEP). We also continue to work in partnership with other Distilleries on new hydrogen energy trials with many more projects in the pipeline to achieve our 2040 net zero ambition.